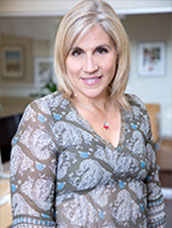 Ms. Lewis brings a diverse background of experiences obtained through working in a variety educational settings worldwide. As an instructional leader, she has travelled to over 40 countries and has over 25 years of diverse educational and leadership experiences in countries such as: Sweden, Italy, England China and Canada.

As an administrator, Ms. Lewis has worked as a head teacher at the Folkets University in Sweden and was also a founding member and head teacher of a private independent school in the interior of British Columbia.

Robert brings to Alexander Academy nearly 20 years of teaching experience. Robert has obtained his degrees in both Canada and the United States and has taught in a variety of settings and locations.

He began his teaching career in London, England and has taught courses ranging from junior high school to university in British Columbia, Newfoundland and Labrador, and Quebec. In addition to Mr. Anstey’s many teaching honors, he was awarded the Queen Elizabeth II Diamond Jubilee Medal in 2013 in recognition of his contributions to education. Robert is passionate about student success. He is the author of two books that focus on encouraging students to achieve their best. He enjoys travel and theatre in his spare time.

Evan Christian began pursuing his passion for teaching at a young age. It started as a way to explore the world, and soon became much more. Evan embarked on this journey by teaching English in Japan and Taiwan where he taught for three years. During his stay, he worked in several private institutions, giving him a variety of learned experiences upon which he based his teaching philosophy. Upon returning to Canada, Mr. Christian pursued his passion for education, completing his Bachelor of Arts at Thompson Rivers University, specializing in history and geopolitics. He then went on to complete the University of British Columbia’s Teacher Education Program in 2015. When Evan is not teaching, he enjoys creating art, traveling, camping, snowboarding, and exploring the outdoors with his wife Chelsey. 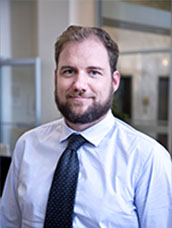 Ryan Cook received his Bachelor of Arts degree from the University of Toronto and has spent over 6 years living and teaching abroad. He taught for two years in South Korea and four years in China. Ryan is most interested in Social Studies, but teaches a wide variety of subjects including Physical Education, Information Technology, and Drama. Ryan is a big sports fan and grew up playing baseball and ice hockey. He is an avid snowboarder, guitar player, and enjoys travelling. Ryan has visited over 20 countries all over the world.

Elizabeth Stigger is originally from Vancouver. As she was raised in Zimbabwe (formerly Rhodesia), England, the Netherlands, and France she brings to the school an international perspective. She has a Masters in Linguistics with a special focus on teaching EFL from the University of Surrey. She began teaching EFL in Thailand to preschoolers, high school and university students. Later she moved to Japan and taught at the university level for over 17 years. Within this regards she has taught a wide range of courses including English and Cross Cultural Comparison. Aside from teaching she has also been involved in the homestay program, study abroad trips, the design and translation of university brochures, and supervising students’ graduation thesis. She is excited to be a part of the Alexander Academy community and to be able to assist faculty as they help students in their studies. 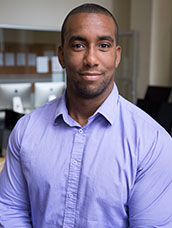 Javier Garcia holds a Bachelor’s Degree in Mathematics and Computer Science. He has many years of teaching experience with university level courses such as Calculus, Linear Algebra, Probabilities and Statistics. He has also taught Mathematics and Physics at secondary schools in Cuba, Bolivia and Canada. Mr. Garcia received his bachelor’s degree and completed a Master’s degree from the Havana Pedagogical University Enrique Jose Varona, and he completed his certification as a British Columbia certified teacher at Simon Fraser University. Mr. Garcia is a fan of all sports and plays volleyball, tennis and chess in his spare time. He has also enjoyed coaching and personal training in the past. He enjoys music, salsa dancing, getting involved in community activities, and spending time with family and friends. 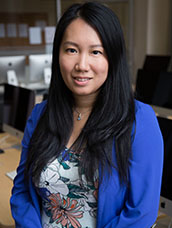 Jenny Guan received her Bachelor of Science (major in Biology) and Bachelor of Education from the University of British Columbia.  She had taught various subjects at a secondary level, including Math and Science, in British Columbia. She enjoys working with students from a variety of backgrounds.  Jenny highly values the cultural diversity in Vancouver and she is thrilled to join the Alexander Academy community. She believes in the importance of acknowledging each student’s individual needs and unique learning styles. When not teaching, Jenny enjoys spending time with her family, doing yoga and playing badminton. 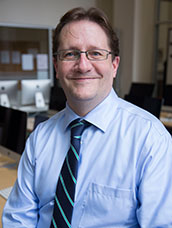 Clifford Hildebrand is a teacher with a wealth of experience. After graduating from the University of Manitoba with a Bachelor’s degree in Education, he moved to Taiwan where he spent 15 years teaching English and experiencing a new culture. While in Taiwan, Cliff earned a Master’s degree in Education, focusing on Curriculum and Instructional Development. He taught at a variety of institutes including high schools and a university, where he was the course coordinator for the third year writing course for the English department. Cliff then returned to Canada where he has been teaching in a private international high school for the last three years. During his time in Canada he has taught a variety of subjects including Physical Education, Geography, Civic Studies, Social Studies, Math, English, and English for Academic Purposes and more. Cliff enjoys many things including sports, music, and reading. What he loves the most, however, is helping students understand new things. He hopes he can be a help to you while you are at Alexander Academy. 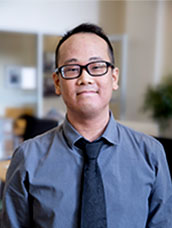 Ben Kwan is thrilled to be joining the Alexander family this year to help his students on their educational journeys. He holds a Bachelor’s of Arts majoring in English with a minor in Psychology, as well as a Bachelor’s of Education from SFU with a minor in Counseling and Human Development. After spending four years teaching at a B.C. offshore school in China, Ben is glad to be back home in Vancouver, where he can enjoy the beautiful natural environment and fantastic food. When he’s not teaching, Ben enjoys books, movies, music, travel, cooking, and spending time with his wife, Cici. 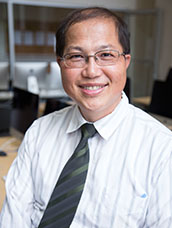 Daniel received his first Bachelor of Science degree (Mathematics and Statistics) from the Chinese University of Hong Kong. After teaching secondary schools in Hong Kong for ten years, he moved to Vancouver Canada to continue his teaching career. Daniel obtained his second degree in Computer Science and his third degree in Education from UBC, and his TESOL Diploma from VCC. Mr. Lai has more than eight years local teaching experience in senior Mathematics, Calculus, Physics, Chemistry and general Science. He is excited to join the Alexander Academy to help students to develop their full potentials and brighten their future. Mr. Lai enjoys traveling, hiking, gardening, photography, and spending time with his family.

Jonathan Ramsay is excited to join the team at Alexander Academy to help his students expand their confidence and skills in the English language. After growing up in Prince George, British Columbia, Jonathan attended the University of Victoria and attained his Bachelor of Arts, majoring in History and English. Bitten by the travel bug, he moved to Asia and discovered a love of China. He spent over ten years getting to know the people and culture. During that time, he taught English as a Foreign Language, primarily to Chinese and Korean students, in both China and in Vancouver. In 2015 he completed his Bachelor of Education at Simon Fraser University and embarked on a new chapter in his teaching career. When he’s not teaching he enjoys reading, biking, cooking, photography, and a good cup of tea with his wife Vivian. 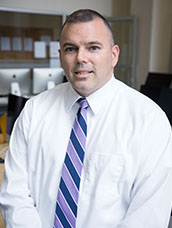 Spencer Todd has enjoyed the challenge of making class content relevant to the lives of his students since 1998 when he first became a Humanities teacher. Initially, he started as an English teacher in the public system in Victoria where he stayed for several years before moving back to his hometown of Vancouver. Soon thereafter, he became involved with working with international students in a number of different roles to help them prepare for success in the British Columbia high school system and beyond. He especially relishes the challenge of aiding international students in their senior English classes and on their Provincial exams. Spencer has a Bachelor of Arts in Classical Studies and a Post Degree Professional Program in Education from the University of Victoria, as well as a Post Degree Diploma in Fine Arts from the University of British Columbia. In his spare time, he enjoys reading about history, listening to music, following the Miami Dolphins, and spending as much time as possible with his wife and two daughters. 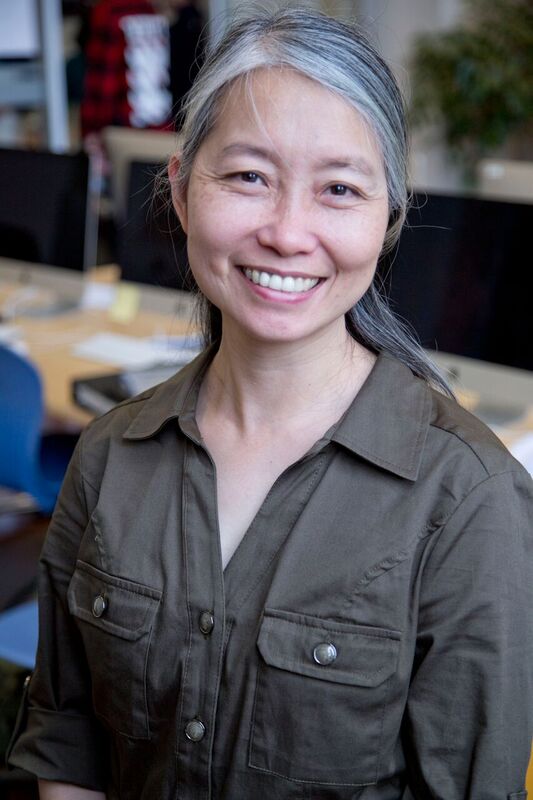 Le Truong is happy to be one of the staff members at Alexander Academy this year. She holds her Bachelor of Science in Microbiology and Chemical Engineering from Texas Agriculture and Mechanical University in the United States. Her teaching career started with Madscience six years ago, and now she enjoys teaching math and science related subjects at the Academy. In her spare time, Mrs. Truong likes to cook, hike, go camping, making gadgets, and practice her guitar. 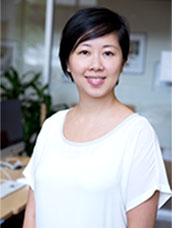 Melissa Yee teaches Intermediate and Advanced ELL at Alexander Academy. She holds a Bachelor of Science in Psychology and a Bachelor of Education in TESL from McGill University in Montreal, Quebec, Canada. She has taught English as a Second Language, English as a Foreign Language and English Language Arts in Hong Kong, Beijing, and Montreal. Ms. Yee enjoys learning, and she dedicates most of her spare time to martial arts and language learning. She is thrilled to be gaining an enriched experience teaching and learning at Alexander Academy. 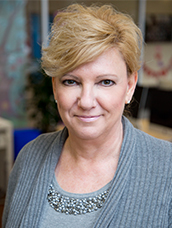 Cheryl Grenick began working with children at the age of 16 with a recreational program in her neighborhood in Winnipeg. She pursued a Bachelor of Education in Elementary with minors in both Special Education and Psychology. Upon moving to Vancouver, she began working in the world of ESL. She has been involved in many areas from teaching English, to administration, program development and marketing. The marketing arena allowed Cheryl to travel extensively around the world promoting education in Canada. She was very fortunate to have visited Germany, Turkey, Taiwan, China, and Mexico. Over the years, she has made many international friends. She is passionate about education and loves the energy at the Academy.

Request information, a tour, and more by filling out the form below. An enrollment advisor will be in touch with you with more details shortly.

Looking to start the application process? Find out how and get started on our website.